In this blog series, we'll be interviewing some familiar faces around Gunnersbury. Next up is Dan Vo.

Dan Vo is a specialist in LGBTQ+ heritage interpretation and audience engagement and worked on the museum’s Build Your Own Museum project in early 2020. He grew up in Melbourne in Australia and moved into museum work after an initial career in the media. He first connected with the museum when he relocated to Acton. Dan and Gunnersbury Museum Curator Amy Dobson are hosting an online event on 25th February with councillors and the mayor of Hounslow to celebrate local queer heroes #fortheloveofgunnersbury

You can book your free tickets for the Queer Stories From Hounslow event on February 25 2021.

What did you do before you came to Gunnersbury?
I’ve been volunteering with the V&A museum for almost eight years and started the LGBTQ+ Tours in 2015. That led the development of LGBTQ+ programming for museums all across the country which is brilliant because I have had the chance to ‘queer’ so many amazing collections and when I was given the opportunity to work with the team here, at my local museum, well I leapt at the chance. It’s quite funny, I had been aware of the museum long before I moved locally because curator Amy Dobson had done a brilliant (and hilarious) comedy set about the place at Museums Showoff (a comedy night for museum professionals) so I knew it was a very special place before even seeing it.. 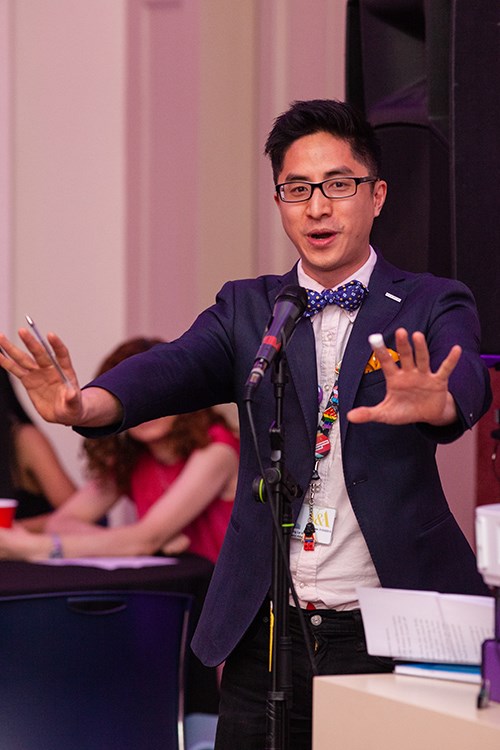 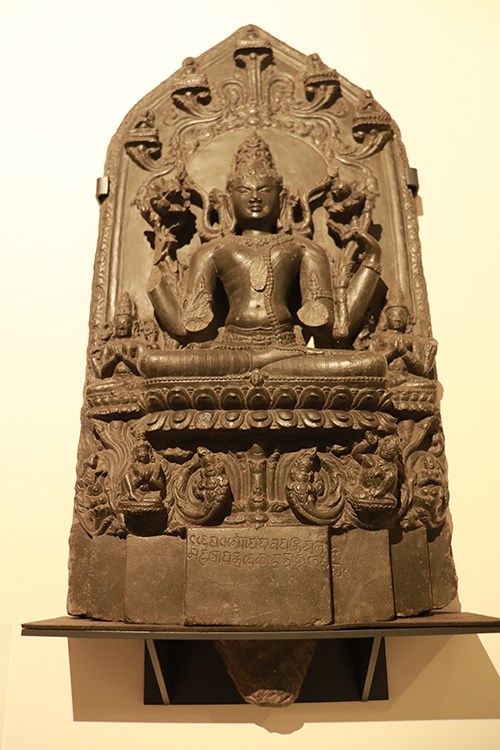 You’ve been called a “Queerator.” What does queering a museum mean?
Essentially it means going into a museum such as Gunnersbury Park museum with a queer eye. I’m looking for things that have a connection with the LGBTQ+ community, things that weren’t noticed or recorded and certainly weren’t celebrated in the past. That might involve the identity of the maker or the sitter, but another reason might be the fact that we now know that the object has a queer connection.

Take the sculpture in the Home Gallery of Avalokiteshvara (image above), which is on loan from Ealing Council. Sadly, it’s missing its four arms. It is said to have been acquired in the 19th Century by someone associated with the manor – possibly a solider or missionary who served in India.

For me the connection here is the way in which the Boddhisattva, and the transition into Avalokiteshvara Guanyin, is understood in different communities and the way that in different places around the world the being can exist as male, female or transcend gender, but for each community the being serves to remind us we should always act with compassion. Our Avalokiteshvara might give a meaningful way to connect with trans and non-binary individuals.

Is there a rich local LGBTQ+ history around Gunnersbury
Yes, there are so many examples of fabulous individuals who were LGBTQ+ who grew up or lived in the boroughs of Hounslow and Ealing. It’s been a lot of fun working with Amy Dobson and Ellie Lewis-Nunes, Heritage and Communities Manager, to uncover some of these stories. My favourite individual has got to be Freddie Mercury, and not necessarily for the music - although I do think he’s an incredible singer!

I grew up in a refugee family, so I feel a connection to Freddie on that level too and often wonder what it was like for him growing up in Britain and being different on a few counts - as an immigrant queer person of colour. But not everyone with a queer connection is famous. One man came up to us after an event we held and said that he used to come to the park as a schoolboy, decades ago, so his previous experience was being made to run laps for PE. Now he could finally enjoy the space on his own terms. Some people might say that this is all about political correctness and that you’re wrong to apply 21st century ideas and values to times gone by.

The point I’d make is that the further back in history you go the more examples you find of sexual and gender diversity. People were often much more relaxed about it than we are, or at least there was a place for people who may have been gender non conforming or were attracted to people of the same sex. We learn prejudice - it’s not natural. For example, in the South Asian galleries in the V&A there’s an ancient deity that’s half male and half female called Ardhanarishvara, and a new version of Ardhanarishvara was created by the trans community of Calcutta to mark the decriminalisation of homosexuality in India. We’re just coming full circle with the more open, welcoming attitudes that we have now.

When and how did you start working here?
I started on the Build Your Own Museum project at Gunnersbury Park Museum at the end of 2019 and we were able to get a few events in at the start of 2020 before the big lockdown. It was great fun connecting with local people, community groups and organisations to collect some of the personal LGBTQ+ history.

For example, I was honoured to sit opposite the first gay Mayor of Ealing, John Gallagher, to collect an oral history for the museum and learn all about the LGBTQ+ activism in the borough. Our project was impacted by lockdown, but being an old radio hand, we did take some of the events online and I did have a couple of fun sessions running a virtual radio station celebrating the music of Freddie Mercury and Dusty Springfield taking song requests from locals. Former mayor John did have a rather hilarious choice, which was I Want To Break Free by Queen.

What plans do you have to develop the museum?
I would like to see Gunnersbury Park Museum become seen as a hub for the local LGBTQ+ community in West London. This museum is my local and during lockdown it’s been on my list of nearby green spaces I walk around in and exercise. I can’t wait for us to get to the stage where we might be able to bring groups back.

I believe that the museum has a really important role to play in nurturing and growing local communities. I'd like to invite anyone who is LGBTQ+ from Hounslow or Ealing to come to our event if you can and also connect with us. We're collecting local oral histories and we're love your story to be part of the history of our museum.