We are run by a board of seven people, keep reading to learn a little more about them.

David is a local resident with a background in entrepreneurship and new venture creation in both the not-for-profit and commercial sectors.

David's first venture was with a housing NGO in Malawi, Central Africa between 1990 and 1994. During this time he grew the organisation (HFH Malawi) from a relatively small agency into the largest homebuilder, and second largest house financier in the country - with a landbank of 9,000 plots in all major cities of the country and a workforce of 1,000. David returned to the UK in 1995. After a range of other not-for-profit ventures in areas including urban development and eLearning, he took an MBA at Imperial College London (2001-2003), where he co-founded and ran Epigeum, an eLearning spin-out company from Imperial College. Epigeum was sold to Oxford University Press in 2015. At the point of sale Epigeum had become the largest international publisher of online training courses for universities.

David is currently an investor in, and director of, The Beldi Collection, a boutique hotel company active in Morocco. He has a longstanding interest in history, archaeology, business mentoring and urban development. He has just had his first book project published - ’The Last Time’ - being the memoirs of a cousin, James Stewart Smith, who served in the Nigerian Administrative (colonial) service from 1924 - 1955.

Jacqui Akinlosotu is Head of Tax/Tax Manager at Eni UK Limited where she supervises 4 members of staff in providing a range of tax services. Her previous work has included Tax Advsior at LASMO plc. She is a mum of three and has lived in Ealing for nearly 20 year. She regularly visits Gunnersbury Park to walk her dog and enjoys Ealing's various green spaces. She also helps out from time to time in a local soup kitchen. 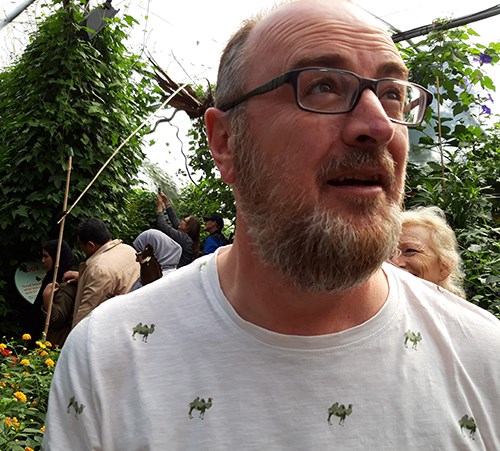 With over 20 years experience in the leisure sector, Chris is the Assistant Director at the London Borough of Ealing with the sport and leisure overview. Chris has a successful track record delivering operational leadership and providing the strategic direction within a range of local authority services and organisations. Chris is currently responsible for the delivery of leisure contracts across three West London authorities, the realisation of the first London Parklife Hubs in association with the FA and Football Foundation; and completing a major programme of facility regeneration including a range of exemplar asset transfers to professional, charitable and community organisations. Chris plays a key role in the delivery of Ealing Council’s Sport England Local Delivery Pilot programme; Let’s Go Southall; one of Sport England’s twelve pilot projects with the ambition to change the relationship of the residents and stakeholders with their neighbourhood to encourage a universal increase in physical activity. Chris is also the co-founder and chair of trustees of a highly successful children’s charity based in the south-east as well as being a founding trustee of the London Football Trust representing all London Councils.

Chris has played a role in the development of the Gunnersbury Estate since 2011 and is passionate about the role that parks and open spaces play in society. 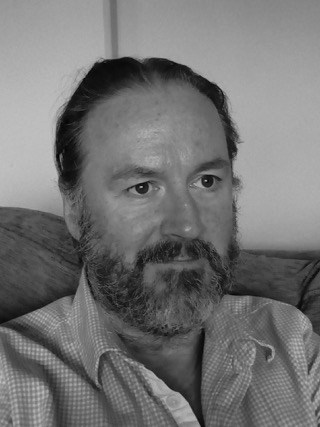 Ian is a senior director with extensive strategic and operational experience in all aspects of media. He has managed PR and social media as well as film development and research.

He has built businesses from scratch including state-of-the-art digital operations and has influenced the direction of the industry offering new approaches. Ian is familiar with 'Big Data' management, all forms of digital delivery, including linking into online retail. These are all built on the foundation of his 25 years of traditional media grounding.

Ian is particularly proud of his successful Intern Talent programme.

Victoria Lawson is the Director of Customer Relations, Environment & Culture at the London Borough of Hounslow. She joined Hounslow in March 2016. Victoria has 14 years’ experience in local government working in a range of different roles in a number of different councils. Her key skills are in customer services, digital transformation, policy, communications and most recently expanding into environmental services, libraries and culture. 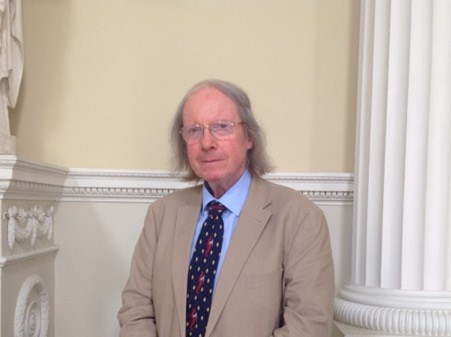 Howard Simmons has worked in the private, public and voluntary sectors in roles from grass roots community work to strategic management and at Board level.

He has experience of establishing new organisations in the charitable and social enterprise sectors as well as Community Interest Companies. Having directly managed Cultural and Heritage Services including Parks, Sports and Museums in different London Boroughs Howard has taken on Regional and National roles with the Audit Commission and Boundary Commission for England. Howard lives locally, is a regular user of Gunnersbury Park, is passionate about heritage and is active in Local History Societies and as an accredited Heritage Guide leading walks and giving talks.

Sacha is a local resident who has a keen interest in health, well-being and community development. She holds a BSc in Social Anthropology, an MSc in Medical Anthropology and continues to enjoy learning about illness, health and healing, from a cross cultural perspective. Whilst studying, Sacha worked part-time as a passenger services agent for Air France and as a result has travelled the world extensively, exploring and immersing herself in different cultures.

Sacha has experience of working in the charity sector (Terrence Higgins Trust) as well as the private sector (G2Speech, BMI Healthcare and Bupa) and now enjoys the best of both worlds, whilst working for her local authority.

Her enthusiasm for understanding people and ensuring they are fairly represented, is demonstrated in the work that she does in her current role as Public Health Officer for Hounslow Council. As part of her role, Sacha co-leads the Community Champions Programme, where she enjoys working with the diverse residents of Hounslow to co-create and improve health and well-being services in the borough, ensuring they are made culturally appropriate, visible and accessible.