Adapted from their presentation at the Eric Huntley Conference, find out what happened when our Youth Forum met the iconic Eric Huntley, the political activist & co-founder of the publishing house Bogle-L’Ouverture Publications..

My name is Afiola and I am part of the Youth Forum at Gunnersbury Park & Museum. We strive to represent those whose stories do not flourish in the media because they might be too controversial or be a little too sensitive for some people.

The list of his achievements goes on but a few include the founder of the Caribbean Education and Community Workers Association, an advocate in the anti-banking protest movement and ultimately a well-established and respected author.

We have been inspired by Uncle Eric's story and decided to reiterate it in the most respectful way through the eyes of students.

We want to celebrate a man who for 90 years dedicated his life to shine a light on the people in the shadows, gave a voice to the silenced and spread the word for the people who couldn't speak up for themselves.

The Gunnersbury Youth Form have been lucky enough to ask uncle Eric some questions that gave us a peek into his life.

We asked Eric Huntley if there was anything he would change looking back onto his life so far.

He educated us on not having any regrets or dwelling on what happened in the past; instead seize the moment and take luxury in what you have learnt to pass it onto future endeavours.

Eric also shared that he would have loved to learn a musical instrument and a new language adding onto his bundle of skills already.

Here are are some of the other things he passed onto us.

Be expressive, talk about the little things.

You don't have to jot down the time you woke up, how you had breakfast and then went back to sleep again… just the little things.

Memories are timeless and are the precious artefacts in life. Every chapter is as precious as the last one.

On that note: “keep yourself a diary as for one day it will keep you too.”

As you know Eric's work started off in his house in west Ealing, and one small house led to an immense impact on the local community.

We want to interact with our fellow peers, telling them about the story of Eric Huntley. It was very interesting talking to Eric as our eyes were opened to his pioneering work, which made us ambitious to share his story. 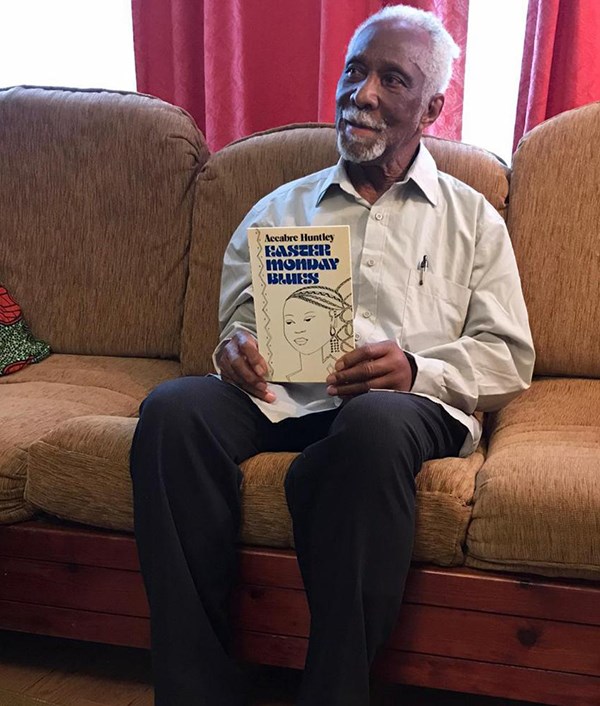 We would like to give a big thank you to Beverley Mason, Sharon Walters and of course Eric Huntley. It’s very rare to see young people being given the opportunity to do this type of research or have the opportunity to on top of that, share it and be listened to.

This project is only the beginning of many more and we hope to share with you all again soon.

To find out more about the Youth Forum, click here.